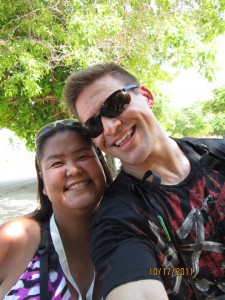 I have learned there is nothing more rewarding than giving back through teaching, educating and inspiring others to do great things. I’m blessed that I have the chance to follow the lead of some great practitioners in both business and life. But there is a beautiful flip side to the concept of “learning from the best.” Sometimes the best people to learn from are among those we least expect.

If you’ve been following my story you’re probably well acquainted with my kid sis, DoraLynn and our families’ love for the gifts she shares with us every day. While she is profoundly deaf with special needs, she has more love, energy and inspiration worth experiencing than anyone I know.

I hired DoraLynn to work in my office years ago. Our team members remember her as always doing her job with a smile, a little sass, and good humor, Over the years I have wished she could hear my laughs and hear the enjoyment she has brought to our friends and family and experience the sounds of the world around her.

I immediately sensed something very special about my sister. Eventually, we became best friends, and her influence has been a major factor in my becoming the successful CEO of AXS. This little girl was a warrior who taught us how to live. Today, everybody wants to know where I learned my business principles. They think Trump, Bill Gates or Warren Buffett taught me (I’ve met and worked with all three). But I acquired my acumen from leaders like DoraLynn.

I learned from her ability to listen. She is the most proficient person I’ve ever met in terms of nonverbal listening skills. For instance, she taught me how to read people in business settings in which they were telling me one thing verbally and their body language was saying something different.

Special needs are special to me. Since 2010, it’s been my pleasure to be an Ambassador to Buddy Cruise, Inc. – a nonprofit organization that provides educational opportunities and resources for families of special needs children. So, it was an honor to be named to their Board of Directors in 2012. We increase awareness, acceptance and inclusion. The educational programs and the keynote speakers that accomplish all this are pretty amazing.

We take so many things for granted. For example, we forget just how special the littlest sounds truly are. The sound of leaves blowing in the wind or birds chirping in the trees. At first glance it may not mean much to those who possess the sense of hearing but to those who don’t it would be life changing.

I’ve always held the belief that in order to get ahead you must give back. Giving back to the special needs community is something that I am very passionate about.